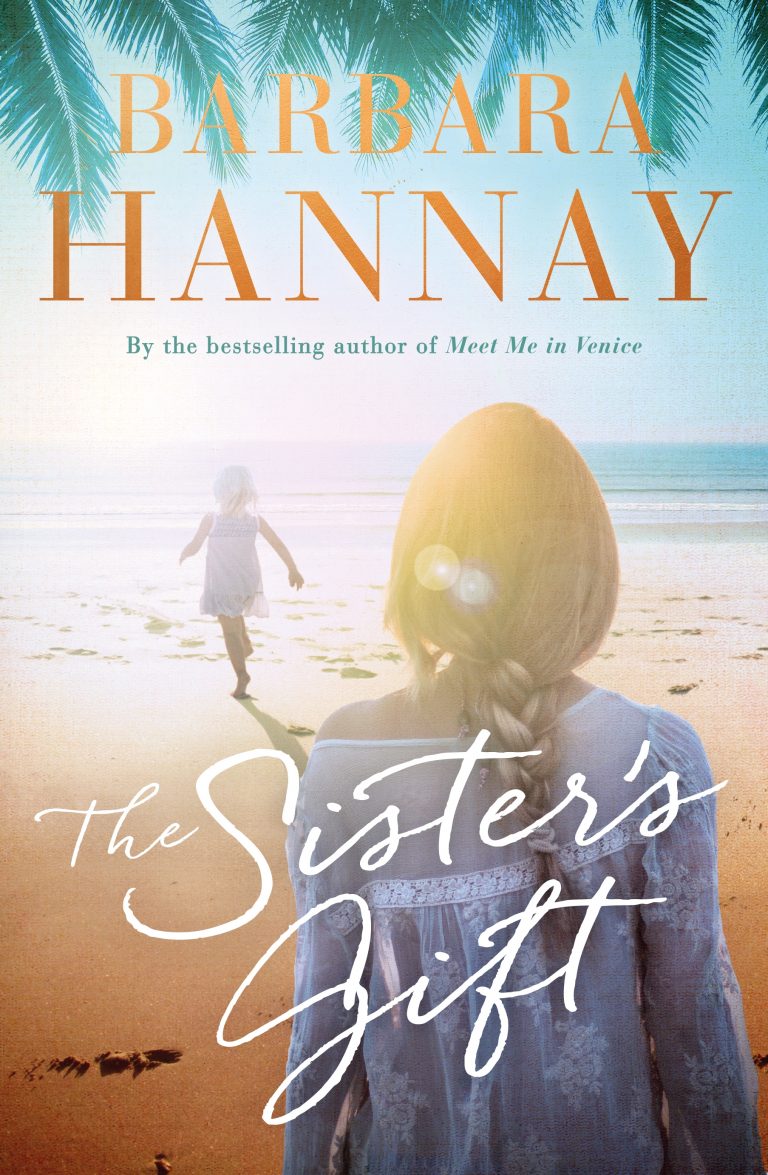 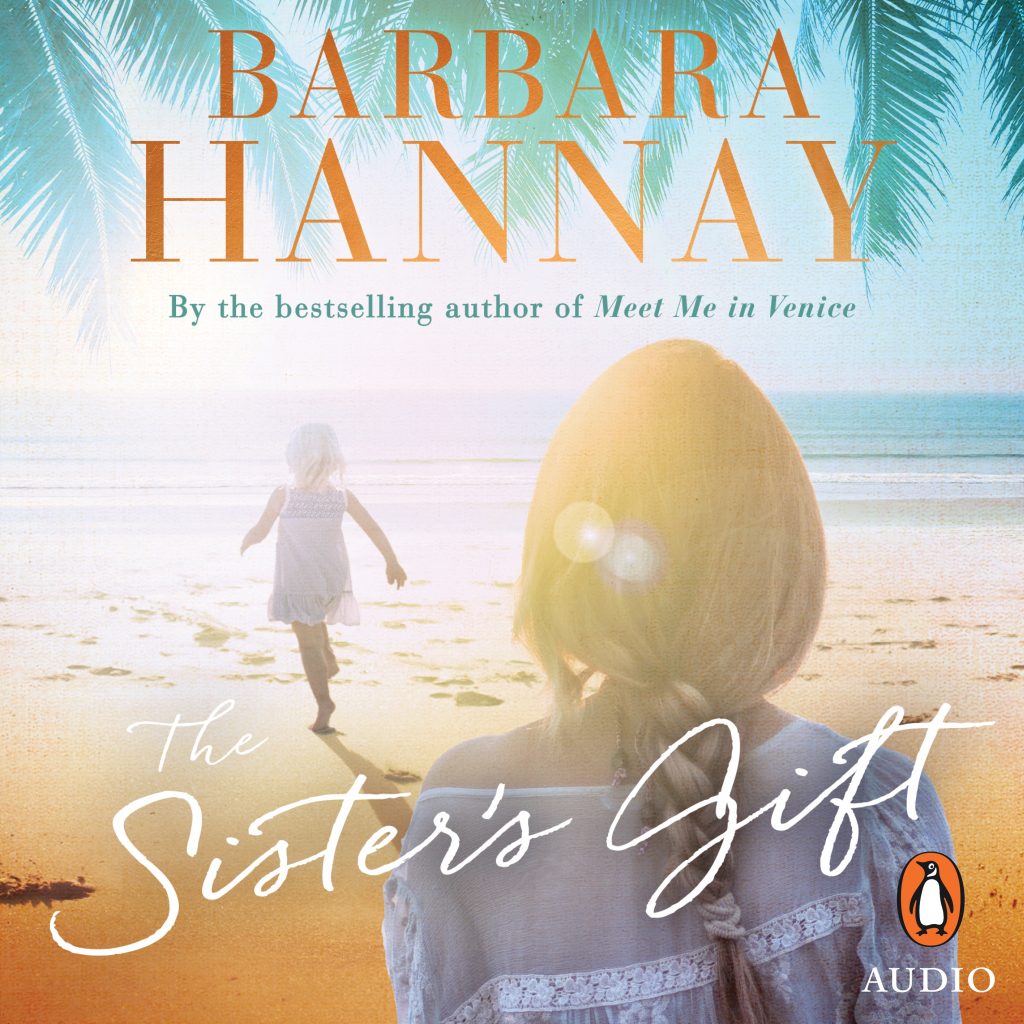 Two sisters, one baby and the best of intentions…

As a vibrant, young woman with a lifetime of possibilities ahead of her, Freya grants her sister, Pearl, the ultimate gift of motherhood. However, this comes at a hefty price – an unexpected rift in her family and the loss of the man she loves. Decades later, Freya is divorced, childless and homeless, at rock bottom after losing everything she’s worked for.

When her estranged niece, Billie, offers sanctuary, managing the family restaurant on beautiful Magnetic Island, Freya can hardly refuse. Billie has never understood the tension between her mother and her aunt and now, with a newly broken heart, she is nursing a family secret of her own. All three women come together under the tropical Queensland skies, but can they let go of past regrets, or will old tensions tear them further apart?

By the bestselling author of Meet Me in Venice, this is a moving and inspiring novel in a stunning setting about choices and consequences and the redemptive power of love.

On the morning Freya went into labour, she told no one. She simply walked onto the Magnetic Island ferry, found a padded seat near an open window and focused on the seagulls lined up along the jetty. While the birds dived for fish among shell-encrusted pylons, Freya took deep, steadying breaths, just as she’d practised at the antenatal classes.
We can do this, Butterfly.
Fortunately, the ferry wasn’t crowded, but it rocked as it left the island’s sheltered bay and headed across open water to Townsville. The jerky movement brought a wave of nausea, accompanied by a fiercer and longer contraction. Biting back the urge to whimper, Freya closed her eyes and breathed even more deeply as she gently massaged her enormous belly.
Her solo journey had never been part of the Official Plan, but more a last-minute impulse. After nine long, often trying months, the baby girl was about to arrive, and Freya had been gripped by an unexpected need to experience the momentous event on her own.
Selfish? Perhaps, but there were limits to her generosity.
Just the same, she’d never expected the labour to progress so quickly. First babies were supposed to be drawn-out affairs, weren’t they? As the island’s boulder and pine studded headlands receded, another contraction came, closer and stronger than the last.
The twenty-minute ferry ride seemed to take forever and when the boat finally reached the dock in Ross Creek, the young fellow in charge of tying up to the pier was tediously slow. Tourists jostled on the wharf, impatient to hurry on board for a day on an idyllic tropical island. Freya swayed unsteadily as she stood, felt dampness down below and had a flash of panic.
Not now. Hang on, Butterfly. Please don’t rush.
Praying that her waters would remain intact until she reached the hospital, Freya made her way down the ramp, moving slowly, cautiously, for the first time in her life hanging onto the railing like a little old lady. And as another contraction arrived, the decision to take a taxi to the hospital was a no-brainer. She couldn’t possibly drive the little rattletrap Honda she kept in the ferry’s car park for use on the mainland.
A mere three hours later, Freya made the necessary phone call.
‘Pearl, she’s here.’
‘What? Who’s there?’
‘The baby. She’s arrived.’
‘Oh, my God. How —?’
‘She’s so cute. I think she looks a lot like Troy.’
‘Freya!’ Pearl’s voice was frantic. ‘Why didn’t you tell me? You knew I wanted to be there. Troy’s on night shift this week. He could have come too. We both wanted to be there. You knew that.’
‘Sorry.’ Freya looked down at the bundle of miniature perfection in her arms, reliving the enormous sense of achievement and excitement that had overridden the pain when this little girl slipped sweetly into the world with only a minimum of assistance from the midwife. ‘It was all a bit of a rush.’
‘But we had everything planned. We told you so many times that we wanted to be there for the birth.’
Pearl’s voice was sorrowful. Accusing. Almost certainly, she was crying, but Freya refused to feel guilty. ‘She’s here safely, Pearl. That’s the main thing.’
‘I suppose…’ Her sister’s voice squeaked and then, sounding more like her usual bossy self, ‘Have you expressed colostrum?’
‘Not yet, but I will.’
‘It’s very important, as you know.’
Freya could imagine Pearl’s stern frown now, the earnest expression in her pale blue eyes that could make her look years older than she was.
‘Troy and I will be on the next ferry.’
‘Lovely.’
‘You won’t actually breastfeed, will you?’
‘No, Pearl. I’ll stick to our agreement.’
‘Right. Yes. Good.’ Less certainly, ‘Of course you will.’
‘I promise, Pearl.’ After a beat, ‘She’s yours.’
‘Well, yes. Of course she is.’
Freya let out her breath slowly. She hadn’t wanted to make trouble today. True, she hadn’t obeyed the rules they’d set out, but she was sure she’d earned this treasured window of time alone with the small creature she’d carried for so many months.
She looked down at the baby’s sweet pink perfection. Her skin was so soft, her tiny, tiny fingers and diminutive ears so exquisitely faultless. The baby screwed up her face and love swelled in Freya to the point of bursting.
‘It’s over to you now, Pearl,’ she said bravely. ‘To you and Troy.’
‘Thank you.’
There was no mistaking the relief in her sister’s voice.
Copyright Barbara Hannay 2020